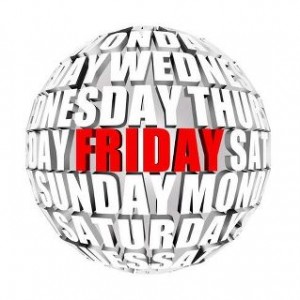 There are three things everyone is talking about this week – Facebook’s massive IPO, Pinterest and the Super Bowl ads. I have them all for you. Facebook’s IPO filing gave people an in-depth look into its business. YouTube is giving ad fans a preview of its super ads. And Pinterest, well, it won an award. Happy Reading!!

The IPO won’t be as big as initially thought, but still huge. Facebook IPO: A look at What we Learned from the Filings

Also check out my blog from this week on Pinterest. View From the Top: Interest in Pinterest High with Marketers

But the big question is…does it convert? Or do you care as the traffic cost is so minimal? Pinterest Drives More Traffic than Google+, YouTube and LinkedIn Combined [STUDY]

This is a great update on Rakuten, the parent company of LinkShare.  Japan’s Rakuten Set to Challenge Amazon With Help From Kobo

Proving you can still compete, totally disagree and still have respect for your adversary.  This is a fitting tribute to both Jobs and Gates. Gates Sent Dying Jobs a Letter he Kept Bedside

Maybe this will help corporate America will wake up to online marketing and especially social media marketing. P&G to Lay Off 1,600 After Discovering it’s Free to Advertise on Facebook