View From the Top: Black Friday by the Numbers

Sorry for the delay in getting out my blog last week. There were wonderful family Thanksgiving festivities, great skiing and the madness of Black Friday online. What a whirlwind (and a blast).  I hope you also had much to give thanks for.

However, the  upside to being late means that you get a double dose of my blog this week and I get to share some online shopping data from Thanksgiving Day, Black Friday and weekend spending.  My next blog this week will focus on Cyber Monday shopping.

The numbers come out from this weekend seem to point to an increase in online shopping. The data is positive but varies slightly across the board, depending on who is conducting the research. Still, there are some interesting statistics and data that I came across. 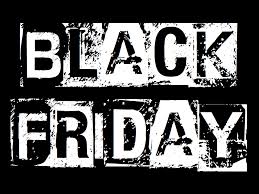