View From the Top: Diversification is a Must 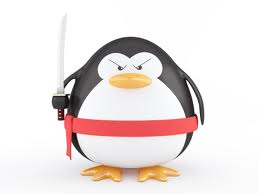 The need for affiliates to diversify their traffic sources and revenue stream is more pressing than ever.

More changes by Google to its search algorithm continue to send many affiliates into a tailspin after their traffic takes a nosedive. During many of my recent business trips over the last month, I have talked with several affiliates who told me how hard they were hit by Google’s latest algorithm release, Penguin.

The first version of Penguin came out on April 24, 2012 (Penguin 1.1 was pushed out May 26)  and the release is aimed at controlling webspam and, more specifically, sites Google  believes are violating its quality guidelines, according to Google officials.  This can include tactics like keyword stuff, link scheme, cloaking, purposeful duplicate content and “sneaky redirects.

In April, Google officials claimed that the Penguin Update would impact just 3 percent of search queries.

Based only on what I am hearing from affiliates, that number is much higher. Like Google’s Panda update a year ago, many affiliates are struggling to recover from the updates. With both of Google’s major updates, some sites were penalized – some rightly so – but there have been reports of others that appeared to be doing everything within Google’s guidelines that were also impacted. And with all of these changes to the algorithm, there is little recourse for affiliates to fight penalties if they believe they were wrongly hit.

Although some sites were not actually penalized, I have seen explanations that these sites might not be assigned the same credit as before, which would account for lower search rankings.

All of this underscores the need for affiliates to diversify. I know of several successful affiliates who have continued to do well because they diversified their offerings and expanded their businesses. Some have begun offering services.

Successful affiliate Scott Jangro, President and Co-founder of MechMedia, recently co-founded Shareist.com, a content creation and management platform aimed at marketers. While Connie Berg, Founder of coupon site FlamingoWorld.com, two years ago co-founded For Me To Coupon, a subscription service that delivers coupon feeds to other coupon websites.

Not only do these services fill a need in the market, they offer additional revenue for the companies that are not solely reliant on Google. Still other affiliates are creating ebooks and relying on social media for more of their traffic.

That is a smart move as trying to leverage search traffic from Google appears to be a moving target.